NEC Nijmegen vs. VVV-Venlo: who deserves a ticket to the KNVB Cup semifinal?

Nijmegen vs. Venlo. Prediction for the Netherlands Cup match (February 17, 2021) 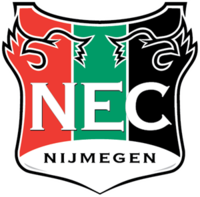 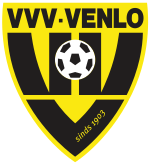 On February 17, in a head-to-head confrontation "Nijmegen" and "Venlo" will play for a ticket to the semifinals of the Netherlands Cup. We would like to draw your attention to the prediction and betting option for this match.

At the previous stage of the cup competition, "Nijmegen" met with "Fortuna". The "tricolors" defeated their rival by winning in additional time (3:2).

In the Dutch First Division, a club from the Nijmegen city is fighting to perform in the playoffs. At the moment, Rogier Meijers' guys are based in sixth place, having gained 41 points. On February 6, "Nijmegen" lost away to "Maastricht" (1:2), ending a five-game streak without defeats in all tournaments.

In the 1/8 finals of the cup tournament, "Venlo" competed with the "Go Ahead Eagles". The "Black-and-Yellows" defeated their opponent at home with a minimum score, reaching the next stage of the competition (1:0).

In the Premier League of the Netherlands, "Venlo" does not single out with much success. Having scored 22 points, Hans de Koning's squad settled in 14th place of the standings, and the advantage over the relegation zone is nine points. In the last two matches, the team did not score points because of defeats from "Fortuna" (2:3) and "Utrecht" (1:3).

At the moment, the teams represent different Dutch divisions, but their level is approximately the same. "Nijmegen" has been demonstrating the excellent game in recent matches, making a minimum of mistakes in defense.

On the other hand, "Venlo" has a hard time playing away matches, where the team is often inferior to opponents of their caliber. In our opinion, there will be a stubborn struggle in this game, and the hosts will be able, at least, to avoid the defeat in regulation time.

Our prediction is that both will score with the odds of 1.46 on 1xbet.