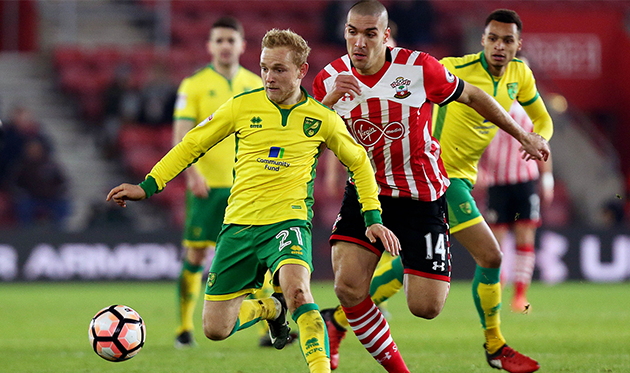 In the 30th EPL match “Norwich” will host “Southampton”. Will the hosts let “the Canaries” to move forward?

The team from Norwich come the last in the English tournament standings. They earned only 21 points in 29 EPL matches. Short while ago “Norwich” won over “Brighton” in FA Cup. The team of Daniel Farke got through into the 1/8 final beating the hosts (2:1).

Afterwards, “Canaries” drew with “Newcastle” in Premier League (0:0). On February 15 they lost to “Liverpool” by the minimal differential (0:1).

They failed to earn any points in the away match against “Sheffield United” – 0:1.

The team from Southampton rank 14th in the tournament standings. This team earned 34 points in 29 tournaments. If we don’t consider the EPL match on February 22, last time the team of Ralph Hasenhüttl won was on January 21. Then “Southampton” won over “Crystal Palace” (2:0).