Parma vs Udinese: will the opponents play actively in the attack? 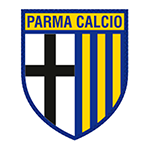 "Parma" and "Udinese" will meet in the 23rd round of Serie A on February 21 to determine the strongest, and we have prepared a forecast for this action. Should we wait for the heads? - find out below.

The "Crusaders" are Serie A outsider who does not stop and continues to lose points. The team has 13 points on its account and occupies the penultimate line. Of course, such a result does not suit anyone, since every time you have to fight for survival.

"Parma" has already lost four matches in a row, which, to a certain extent, has become commonplace. Roberto D'Aversa recently became the head of the club, but practically nothing has changed, at least for the better, for sure.

The "Zebras" are doing a little better, at least nine points ahead of the three outsiders. The team is trying to fight for the top ten, although this season the competition is sky-high, so it will definitely not be easy.

"Udinese" were unbeaten in four matches until they faced "Roma" in the last meeting. The trip to "Rome" turned out to be extremely difficult, since the opponent started to press from the very beginning and already came forward in the fifth minute, then Luca Gotti's charges had to take the ball out of their goal twice more (0:3).

The team is aiming to rehabilitate itself in the next match against "Parma", but the match will take place away, so it is needed to go to him in full tactical efficiency.

"Parma" has no other choice but to go all-in, as the situation demands. The team is already seven points behind the 17th place, so it is only needed to move forward and tune in to the next fight properly.

"Udinese" are eager to rehabilitate themselves as quickly as possible after the recent defeat by "Roma", and will try to take advantage of the competitor's problems. In our opinion, we will see an open play, which will lead to goals, so we offer a bet on the total more.