Rayo Vallecano vs Barcelona: Battle of the Year for ''the Giants'' 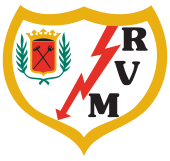 We are offering a prediction for the Copa del Rey match, in which "Rayo Vallecano" hosts "Barcelona" on January 27. What to expect from this duel? The answer is in our material.

Since its inception, "Rayo Vallecano" has been in the shadow of the more eminent capital teams such as Real Madrid and Atletico, and that affects the team's financing. Last season, the "Giants" performed quite successfully in Segunda, but the seventh place did not allow them to enter the struggle for a place in the Primera.

After 22 rounds of the current championship, the "Giants" have 11 wins and four draws in the asset, which brought 37 points and fourth place in the standings. Andoni Iraola's men made their way to the 1/8 final after defeating "Teruel" (3:2), "Haro Deportivo" (3:1) and "Elche" (2:0).

A week ago, "Barcelona" was defeated in the Spanish Super Cup final and extended the series without titles won. The Catalans led in the score, but missed in the final minutes from "Athletic", which in added time snatched victory in this tournament. In the King's Cup, the "Blue-Granate" started with a victory over "Cornella" (2:0), which was not so easy.

Coutinho, Pique, Roberto and Fati will not enter the field today.

"Rayo Vallecano" looks great this season in Segunda, but today's opponent for the capital club is an impassable barrier for 19 years. "Barcelona" is the favorite in this duel, besides the players are eager to justify somehow their defeat in the Super Cup.

Most likely, the hosts will try to keep the initial score and close in defense, which will not come as a surprise to the high class players of the Catalan club.