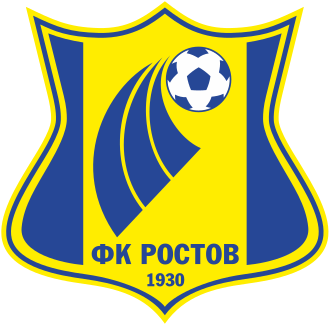 "Rostov" cannot beat "Krasnodar" in five games in a row, but will the bulls be able to extend the streak on September 13 - you will find the answer in the forecast. How will the south derby end?

"Rostov" started the season very poorly - even under Valery Karpin, the Rostovites looked unconvincing. With the arrival of Yuri Semin, the situation did not stabilize outright - in six rounds they managed to get only one victory. However, in the last matches, "Rostov" has noticeably added - in the fifth round at a party he managed to beat "Nizhny Novgorod" with a score of 2:1.

In the last round, "Rostov" had every chance to take one more victory - the Rostovites looked better than "Ural" and took the lead in the 76th minute. However, during the remaining time, the "Bumblebees" managed to recoup and bring the match to a draw. Thus, "Rostov" did not get out of the zone of transitional matches - now it is 14th in the table and is just one point ahead of "Arsenal", which is going in the direct relegation zone.

"Krasnodar", like its current rival, is not impressive at the start of the season. However, the bulls still look better - Viktor Goncharenko's team won three victories in six rounds. After a difficult but bright 3:2 victory over "Arsenal" in the fourth round, "Krasnodar" was unable to oppose anything to "Lokomotiv", losing 1:2 in Moscow absolutely to the point.

In the last round, the "Bulls" managed to add again. In the home match against "Rubin", thanks to goals from Alexey Ionov and John Cordoba, "Krasnodar" won 2-0 - this is just the second match where the "Krasnodar" club did not concede. Thanks to these three points, the "Bulls" moved up to seventh place in the table and only three points separate them from the European competition zone.

"Rostov" looked good in the last two matches, but in general there are plenty of problems in the team's game, they are especially evident in matches with strong opponents. "Krasnodar" is far from itself ideal at the start of the season, but at the same time, in terms of play, it looks much stronger than the rival, and in recent years, "Rostov" has been playing very weakly in the southern derby with "Krasnodar".

Our prediction is a victory for "Krasnodar" with the odds of 2.22 on 1xbet.