Shonan Bellmare vs. Yokohama FC: Who's the Favorite? 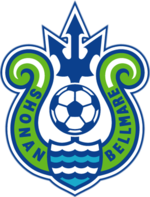 On March 27, within the framework of the second round of the J-League Cup, the match between "Shonan" and "Yokohama" will take place. Who will be stronger in this confrontation? Read about it in our prediction.

In the championship, "Shonan" do not please their fans, but for an outsider, this state of affairs is "the norm". The club scored only four points in six rounds, having won only one victory. But the League Cup is a completely different tournament, so let's pay more attention to what happened in the first game.

So in the first round, Bin Ukishima's wards met with "Urawa" in their field. There were not so many moments from both sides in that meeting and, as a result, the assembled spectators did not see the goals scored in two halves - 0:0. Will there be goals today?

"Yokohama" have already forgotten how matches are won. At the moment, under the leadership of Takahiro Shimotaira, the team suffered five defeats in a row with a total goal difference of 3:13. The statistics is impressive.

By the way, the last victory was won in the League Cup on March 3, when the guests of this match came to "Kashiwa". Then the success was achieved thanks to the penalty earned at the beginning of the second half. Sho Ito approached the point and confidently sent the ball into the goal net - 1:0. Will the guests succeed in breaking the losing streak?

"Shonan" look more preferable in this pair of outsiders. The team scores points regularly in the championship, and, as a rule, does not give up without a fight. Their rival has absolutely no improvement, so the relative favorite will not be left empty-handed.

As for their performance, a very boring game awaits us, where everyone will try, first of all, to keep their possessions intact. And there is no one in both teams to score goals one after another.

Our prediction is the victory of "Shonan" with a handicap (0) with a coefficient of 1.62 in fonbet.