Slavia Mozyr vs. Torpedo-BelAZ Zhodino: who will recover from a starting defeat? 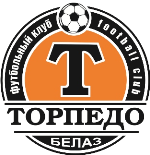 "Slavia" and "Torpedo-BelAZ" suffered failures in the opening round of the new season of the Belarusian championship. Who drew the right conclusions? Who will achieve the victory on March 19? Our experts made their forecast for this meeting.

The club from Mozyr city did not differ from anything remarkable in the last season of the Major League. Due to the lack of stability, "Slavia" could not gain a foothold near the European competition zone, finishing the championship in ninth place in the standings with the following results: 10 wins, 9 draws, and 11 defeats.

The start of the new campaign for "Slavia" turned out to be unsuccessful. In the away match against "Isloch", the team kept a draw for a long time but conceded the only goal just a minute before the end of regular time (0:1).

The team from Zhodino took over the last Major League draw, winning bronze medals. At the end of the season, "Torpedo-BelAZ" issued a series of five victories in a row, which made it possible to bypass "Dynamo Brest" in the standings by two points.

In 2021, the team has already played two official matches. On March 6, "Torpedo-BelAZ" defeated "Arsenal Dzerzhinsk" in the first quarterfinal match of the Belarusian Cup (3:0), making a weighty bid for the next round. The team started less successfully in the Premier League, having suffered a major defeat from "Dinamo Minsk" (0:3) in the capital.

In the upcoming match, the bookmakers do not determine the favorite, offering equal quotes for the teams' victories. We believe that the guests who have positive statistics of trips to Mozyr will be closer to victory. "Slavia" is currently inferior in class to the team from Zhodino, which will try to recover from the failure in Minsk. Considering the above, we offer a bet on "Torpedo-BelAZ" with a neutral handicap.