Slovakia vs. Russia: no chance for mistakes? 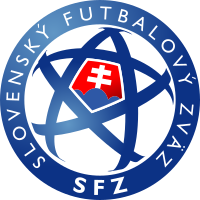 We are offering a prediction for the FIFA World Cup qualification match, in which Slovakia will host the Russian national team on March 30. Will Russia manage to extend the successful streak? The answer is in this material.

If in the last European championship the Slovak national team managed to break into the 1/8 finals, then the team did not manage to qualify for EURO 2020. In the qualification, the "Slovak Falcons" took only third place, leaving ahead Croatia and Wales.

The "representatives" played even worse in the Nations League, where they won only one victory and a draw in six rounds, which brought the team the last place, and sent the Slovak national team to League C. The start of the FIFA World Cup 2022 qualification was played peacefully by Štefan Tarkovič's guys. The Slovak squad finished both games peacefully - with Cyprus (0:0) and Malta (2:2).

The Russian national team managed to break through to EURO 2020, in a rather difficult group losing only to the invincible Belgians. It is impossible not to recall good indicators in the attack, which hit the gates of the opponents on average 3.3 times.

Stanislav Cherchesov's guys played not so confidently in the Nations League, where they won second place and finished the tournament with two defeats from Turkey (2:3) and Serbia (0:5).

At the start of the qualification for the 2022 World Cup, the Russians pleased with the result - two consecutive victories over Malta (3:1) and Slovenia (2:1) brought the Russians into the lead. Today the national team has a good chance to consolidate their success.

The Russian national team successfully started the 2022 FIFA World Cup qualification and today has a chance to solve the issue with the favorite in the group, especially since the hosts do not please with a meaningful game. Most likely, the guests will continue their successful streak, which we will play for.

Our prediction is a victory for Russia and we bet on this with odds of 1.96 on 1xbet.