Kenin - Inglis: where will Sofia start defending the title? 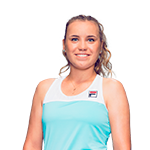 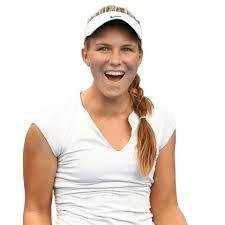 Reigning Australian Open champion Sofia Kenin will kick off her title defence against local tennis player Maddison Inglis on 9 February. We suggest that you familiarize yourself with the forecast for this meeting.

Sofia Kenin is now in a difficult situation. First of all, we are talking about psychological discomfort. Yet for the first time in her career, a 22-year-old tennis player will defend such a serious trophy. Sofia herself has repeatedly admitted in an interview that often this idea of ​​defending the title worries her. True, Sofia's tournament grid in the first round is not the most difficult in the person of local tennis player Maddison Inglis.

Kenin managed to play in two tournaments in 2021. They managed to reach the quarterfinals In Abu Dhabi and Melbourne, but Sofia has not yet had a single confident victory on her account. The representative of the USA played her last match on February 5 against Garbiñe Muguruza. Sofia had no chances to win in that fight (2-6, 2-6).

It's not often that 23-year-old Australian Maddison Inglis makes it to the WTA main draw. After all, the tennis player did not rise above the 112th position in the ranking.

The organizers provided Maddison with a wild card this year. At the same time, Inglis has not been able to qualify for Australian Open for the last two years. Only one official match was played by the tennis player this season. At the pre-helmet tournament in Melbourne, Inglis lost to Rebecca Peterson (2-6, 1-6) in the handicap after (-9) games.

We expect the class difference to come to the fore in this match. Nevertheless, Kenin surpasses his rival in all aspects of the game, who rarely plays against such serious opponents. And Inglis's lack of playing practice raises concerns. We offer a forecast for a convincing victory of the favourite, in which the total in games will not exceed 18.