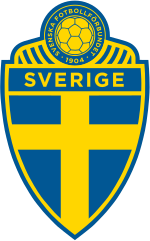 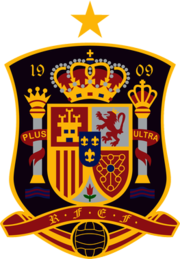 We offer a forecast for the match of the European Championship, in which the Spanish national team will host the Swedish national team on June 14. Will the guests be able to resist? - the answer is in this material.

The Swedish national team managed to get six wins in qualifying and drew three times. This result brought the team 21 points and the second place in the group, which was enough to take part in the main football event in Europe.

Following this, the Scandinavian team failed performances in the League of Nations, where they took the last place in the group and flew to League B. It should be noted that in that tournament the attack line became the weakest link, which scored less than one goal on average.

The start of the selection for the 2022 World Cup brought two victories in a row - over Georgia (1:0) and Kosovo (3:0). The "Blue-yellows" managed to develop this success and brought the winning streak to five games. In the last three test matches, Janne Andersson's wards defeated Estonia (1:0), Finland (2: 0) and Armenia (3:1), for which we made a forecast.

Svanberg and Kulusevski are in isolation because of COVID-19.

The three-time European champion passed the qualification stage for Euro 2020 without any problems. Today's hosts managed to win eight victories in 10 rounds, which brought 26 points, the first position and five points of separation from today's opponent. It is impossible not to note the indicator of the effectiveness of the attack of the charges of Luis Enrique, who, on average scored 3.1 goals per game.

With a group victory, the team ended their performances in the League of Nations, where they managed to leave behind Germany, Switzerland and Ukraine, from which Spain suffered its last defeat in October 2020.

The start of the selection for the World Championship in Qatar, the "Red fury" held without misfires - a draw with Greece (1:1), success with Georgia (2:1) and Kosovo (3:1). In the last test match, the hosts of the match defeated Lithuania (4:0), and the composition of the national team in that game was mainly represented by the players of the youth team.

Busquets and Llorente, who are isolated from the coronavirus, will not be able to enter the field today.

The Spanish national team had great last tournaments and today looks quite powerful and well-played. Sweden was unable to play Ibrahimovic, but the team has young and promising players. In our opinion, the "Red fury" today will open the scoring for victories at Euro 2020. On the side of the hosts are not only native walls, but a fusion of experience and youth, which can bring success in this tournament.