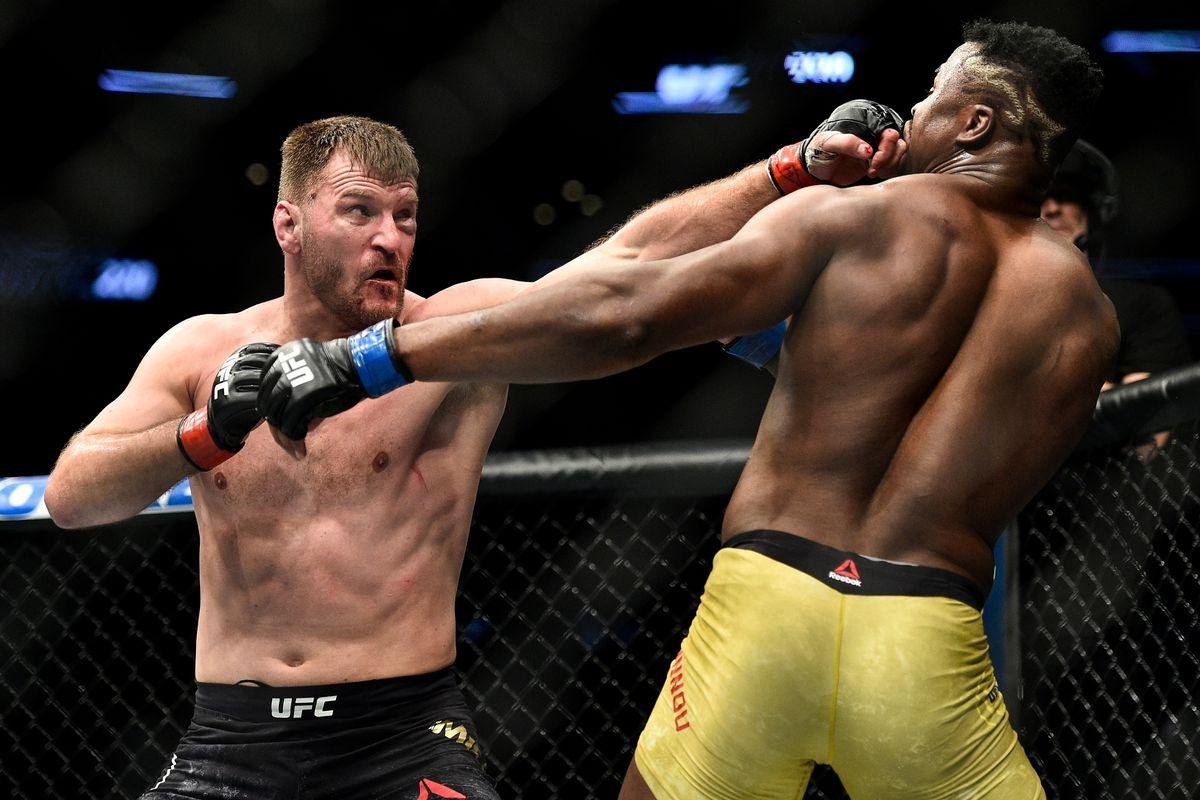 Stipe Miocic will hold another heavyweight title defense and this time will face Francis Ngannu on March 28. Who should we give preference to?

Stipe played 23 professional matches and won 20 victories. In recent years, he met in the octagon exclusively with Daniel Cormier, and this trilogy ended with a score of 2:1 in his favor. After a hard knockout, Miocic sent his opponent to bed himself, and he won by unanimous decision in August last year.

The American puts emphasis on standing and has the hardest hit. Stipe is in no way inferior in physics to competitors even at 38 years old and is able to go the full distance, spending it at more or less the same pace. By the way, Miocic demonstrated the skills of the parterre in the previous meeting with Ngannu and exhausted his counterpart a lot.

Francis appeared in the Octagon on a professional level 18 times and came out the winner in 15 fights. The fighter is currently on a four-wins streak and is perhaps in his best condition in recent years. He managed to defeat Junior Dos Santos in 2019, and he turned out to be stronger than Jairzinho Rozenstruik last year, knocking him out already in the 20th second.

However, as experience has shown, the Frenchman has serious problems with endurance, as a result of which he tries to finish his rivals at the very beginning. If this fails, then his game plan collapses. It is important to say that Francis is only four years younger than Miocic.

Many believe that Stipe will not be able to rebuild after the fights with Cormier and will give way to Francis quickly enough. However, Ngannu will certainly be wary of his opponent, as the psychological advantage will be on the American side. We think that Miocic will again try to exhaust the opponent on the ground and achieve success.

Our prediction is a win for Miocic with odds of 2.04 on 1xbet.

Bencic vs. Alexandrova: what are Ekaterina's chances?

Watson vs. Vekic: should we expect a sensation?

Croatia vs. Czech Republic: will the favorite take the points?