Kwon vs Evans: Prediction for the match ATP San Diego 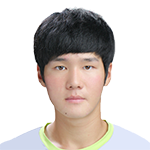 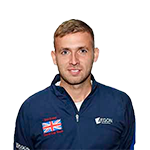 What to bet on in the Kwon - Evans match? - read our forecast.

It is obvious that he is now on an emotional upsurge, but it is worth noting that the Korean has never played so many matches in such a short period of time before in his career, so it is likely that the accumulated fatigue will prevent him from playing productively in San Diego.

Evans did not start the second half of this season in the best way, but gradually the Briton is beginning to come to his senses. For example, Daniel conquered the fourth round of the competition at the recent US Open, where he lost to the future winner of the tournament, Daniil Medvedev.

Since then, Evans has not entered the court in official games. We hope that two weeks were enough for him to have a good rest and to approach the upcoming tournament in San Diego in full combat readiness.

Evans is the favorite of the match. Traditionally, Daniel plays very well on the American hard. But the upcoming fight will definitely not be an easy walk for him. Last week, Kwon won the tournament in Nur-Sultan and now the Korean is in good shape, so Evans is sure to fight.