“Tottenham” vs “Man United”: who will win? 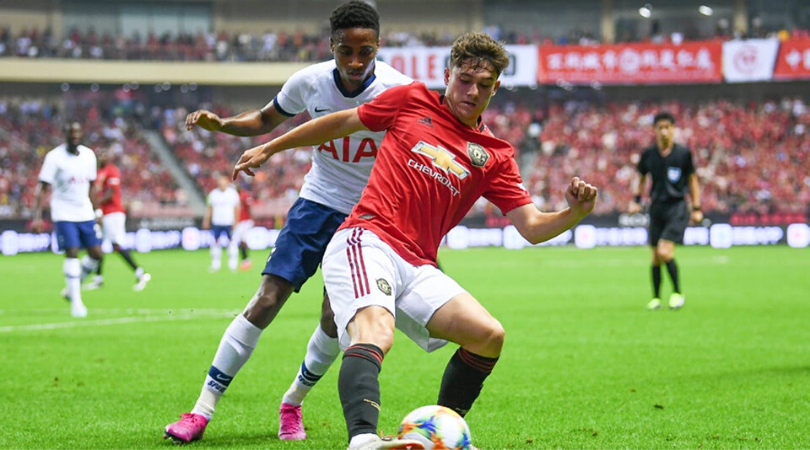 In the 30 round of the English Premier League, “Tottenham” will host “Man United”. The match will be held at Tottenham Hotspur stadium on June 19.

After the resignation of Mauricio Pochettino and the appointment of Jose Mourinho, “Tottenham” won three games in a row, and then all the problems of the team surfaced.

For 29 rounds of the English championship, the team from London earned 41 points. Now these indicators are only enough for the eighth place in the standings. The club is 4 points behind the European Cup zone.

This season, “Manchester United” is one of “Tottenham's” direct competitors in the dispute for the European Cup zone, which Mourinho so often talks about.

That's just before the suspension of the season; “Tottenham’s” last won were on February 16. In the 26th round, the Londoners snatched a victory from “Aston Villa” (3:2) in the 94th minute.

Later, “Tottenham” were overtaken by a streak of bad luck with injuries and defeats in various tournaments. In the playoffs of the Champions League, “spurs” managed to fly into “RB Leipzig” at home (0:1) and lose heavily to the German club on the road (0:3).

Between matches in the Champions League, “Tottenham” were pretty battered in the Premier League. At first, the Londoners were weaker than “Chelsea” (1:2) and “Wolverhampton” (2:3), and on March 7, the lily-whites rolled into a draw with “Burnley” (1:1).

The Manchester club is currently in fifth place in the Premier League. The “red devils” have scored 45 points in 29 League games. At this stage of the season, they occupy a position in the Europa League zone, but “Manchester United” is only 3 points behind the Champions League zone.

The team hasn't lost in a long time. The last time without scoring points "MU" remained in January. Then the Manchurians suffered two defeats against “Liverpoo”l (0:2) and “Burnley” (0:2).

Since that moment «United» does not know the grief of failure. In ten matches before the suspension of the season, the “red devils” won seven times and broke up three times.

Ole Gunnar Solskjær’s team started with the goal-taking in the match against “Tranmere Rovers” in the FA Cup (6:0), after which MU minimally beat “Man City” in the League Cup (1:0), but crashed out of the tournament on aggregate 2:3. In the national championship, "Manchurians" rolled up a draw with "Wolves"(0:0), but later won 3 points in a duel with "Chelsea".

Then "MU" easily coped with "Watford"(3: 0), and in the 1/16 final of the Europa League, Solskjær’s team passed "Brugge" without problems with a total score of 5:1. Another draw in the Premier League was recorded in the confrontation with "Everton" (1:1), and in the national Cup, "United" passed "Derby County" (3:0).

In a face-to-face battle, two big clubs will come together in a battle for European Cup places. “Tottenham” have not won for a long time, and “Man United” has been undefeated for an impressive stretch of the season. Having bought some good players in the winter, United expanded their bench, which allows Solskjær to correctly rotate the squad in attack. Mourinho in a duel against the former team will again have the opportunity to release Kane and Son Heung-Min at the start.

Attacking potential and the motivational factor will not allow the opponents to play closed. In London, there will be quite a fun match with goals scored.

Our prediction is - goals in both halves with a 1.75 coefficient