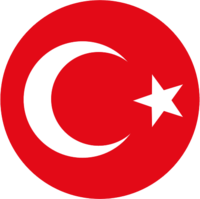 We are offering a prediction for the opening match of the European Championship, in which the Turkish national team will play against the Italian national team on June 11. What to expect from the first match of the long-awaited Euro 2020? The answer is in this material.

The Turkish national team for the fifth time managed to break into the final tournament of the European Championship. It should be noted that this rally will be the second in a row for Senol Gunes's guys.

The Turkish squad made it to the Euro from Group H, where they took second place, becoming the author of a sensational victory over France (2:0). In total, the "Crescent-Stars" celebrated their success seven times in qualification, with the best indicator in terms of the quality of defense in the group, where the Turks conceded only three times.

In 2021, the nominal hosts did not lose - two victories and one peaceful outcome in the qualifier for the 2022 World Cup in Qatar. In a series of control duels, the "Red-Whites" defeated Azerbaijan (2:1), shared points with Guinea (0:0), and dealt with Moldova (2:0).

The Italian national team has almost completely renewed their squad in recent years, which has brought phenomenal achievements and series. In qualification for Euro 2020, the "Blues" gave the maximum result - 10 victories out of 10 possible. It is respectable that the Italians hit the gates of their opponents 37 times during the qualifying tournament.

"Gli Azzurri" brilliantly started the preliminary stage for the World Championship in Qatar - three victories over Northern Ireland, Bulgaria, and Lithuania with the same score of 2:0.

Roberto Mancini's wards won both of the last test matches. To date, the winning streak without conceding goals has been eight consecutive matches.

The opening match of the European Championship will be the best motivation for the opponents. The Turkish national team deservedly passed to Euro 2020, where they can surprise and delight their fans. For the Italian national team, the game in the capital will be an additional incentive to take the first confident step towards victory in the tournament.

In our opinion, both teams are worthy, but still, we will give preference to the "Gli Azzurri", which has more chances due to the home stadium and cool selection of players.