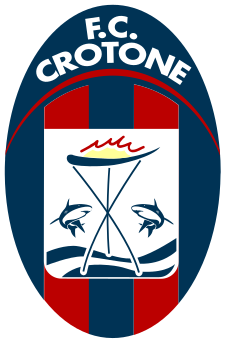 On December 15, “Udinese” and “Crotone” will face off in a battle for three points, and we have prepared a prediction for this confrontation. Will the opponents show effective football? - read below.

"Black and White" headed for the European Cup zone, how else one can explain a successful segment in the season? The team continues to gain momentum and has not lost for four fights.

It all started with an away draw against Sassuolo (0: 0), after which Udinese was simply unrecognizable, in the good sense of the word. The team minimally beat “Genoa” (1: 0), defeated “Lazio” (3: 1), and in the last confrontation in the fight left “Torino” with nothing (3: 2). In Turin, we saw a real sight, and in general the "zebras" were at their best.

Of course, the management and the head coach like such a result, but the main thing is to keep the bar high. Luca Gotti has adjusted the mechanism and will try to build on the success together with his wards in the match against “Crotone”.

Sharks finally woke up and started their hunt. It took the team ten games in Serie A to claim victory in the last round. Unfortunately, it has not yet been possible to rise above the last place, but the club saw the light at the end of the tunnel.

“Crotone” had a serious breakthrough at home against “La Spezia” as we saw five goals (4: 1). The hosts perfectly transitioned from defense to attack and looked great on another side of the field, so they deservedly won.

Giovanni Stroppa's team is in high spirits, especially since now there is an opportunity to leave the relegation zone. In short, the meeting with “Udinese” should be interesting.

“Udinese” gained an incredible progress; the team began to climb the tournament ladder abruptly and proved that they can perform stably. In recent fights, the "zebras" act in an attacking manner, which they are unlikely to refuse in the home confrontation.

“Crotone” felt the taste of victory, while showing their best football of the season, so don't stop there. In our opinion, the opponents will again play actively and we will see goals, respectively, we offer a bet on total over.

Our prediction: total over 2.5 with coefficient 1.99 on the 1xbet bookmaker’s line.