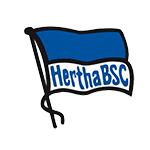 The next round of the German championship will close with the Berlin derby, in which "Union" and "Hertha" will play on April 4. We present our prediction and options for betting on this match. Who will be closer to victory?

Spending its second season in the elite of German football, "Union" shows good results. At the moment, the "Iron" ones occupy the seventh line of the rating, claiming to finish in the European competition zone, from which the team is two points behind.

Before the break, "Union" suffered their sixth defeat of the season, losing away to "Eintracht Frankfurt" (5:2). Together with the club from "Frankfurt", Urs Fischer's charges are the most peaceful club with 11 draw meetings in the Bundesliga.

Forwards Taiwo Awoniyi and Sheraldo Becker were injured at today's hosts. Defender Niko Gisselmann will also miss the match due to damage.

"Hertha", which has spent considerable money on transfers, has yet to live up to expectations. The Berlin team is based near the relegation zone, which is only one point ahead of it.

The last local successes of the team are associated with victories over "Augsburg" (2:1) and "Bayer" (3:0), between which, Pal Dardai's wards suffered 14 fiasco in the campaign, losing in "Dortmund" to local "Borussia" (0:2).

Midfielder Eduard Leuven and defender Luca Netz were in the "Hertha" infirmary. Midfielder Vladimir Darida is also serving a suspension.

The last two Berlin derbies ended with success. Today, "Union" and "Hertha" will be aiming for maximum results as both teams need points.

In the previous rounds, the "Iron" players began to consistently concede, which, in our opinion, should be used by the guests. We offer to play a bet on the exchange of goals.

Our prediction is that both will score with the odds of 1.88 on 1xbet.