“Utah” vs “Denver”: Chances of “the Nuggets” to hold out against the opponent 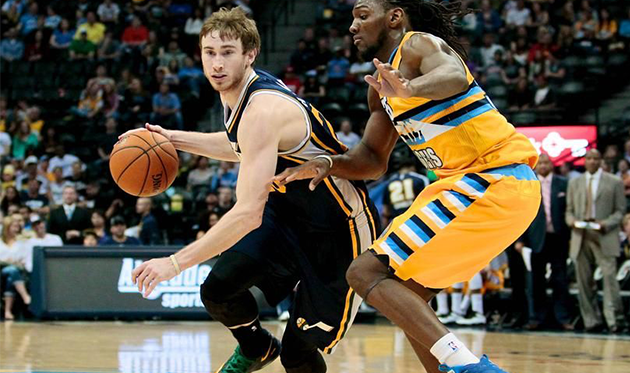 On February 6 “Utah” and “Denver” will try to get to the third place of the Western Conference, and we have prepared a prediction for that match. Will “Jazz” prove their status of favorites?

Utah Jazz suddenly began to slow down and lost three matches in a row. Nobody expected that, but the failure continued and now it’s time to get back on track.

“Nuggets” rank the third in the West, however the recent injuries had a bad impact on their results. We should consider the fact that Michael Porter, Jamal Murray, Paul Millsap are in the infirmary and they are practically the core of the team.

“Denver” gained a convincing victory over “Portland” in their last match (127-99) and again it was Nikola Jokić who played a key role in the team’s victory earning 29 points. “Nuggets” understand that it will be extremely hard to play against their motivated rivals, especially when the match will take place in “Vivint Smart Home Arena”.

We suppose that four defeats in a row will motivate the players of “Utah”, and if we also consider the fact that the upcoming match is against their arch-rivals at their own field, we think that the betting on the convincing victory of “Jazz” will be the right one.

Our prediction is – Utah Jazz win with odds (-5) points for a 1.62 coefficient