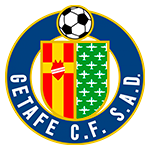 We offer a forecast for the Spanish league match, in which "Valencia" will host "Getafe" on 13 August. What to expect from the first match of the La Liga tournament? - the answer is in our material.

Last season was unsuccessful - the Valencians played unstable, which resulted in 10 victories and 13 peaceful outcomes. These results brought the "Orange" 43 points and 13th place in the standings. However, the gap from the top ten was only three points.

The bet on a new coach and youth from the academy did not work, which brought such results. The team enters the new season with a new coach - on July 1, Pepe Bordalas came to the post of the bats' mentor, but there was no serious strengthening of the roster, we can only remember that center defender Omar Alderete came on loan from Hertha.

"Valencia" had seven test matches, in which they won five victories, while losing to "Brentford" on 7 August (1:2).

Over 38 rounds, Spanish "Chelsea" have chalked up nine victories and 11 peaceful outcomes. At the finish of the tournament, the "Blues" beat "Levante" (2:1) and shared the tournament points with "Granada" (0:0), for which we made a forecast.

The weakest link of the team was the attack line, which hit the opponents' goal 28 times, and this is the worst indicator in La Liga.

The "Blues" were headed by Michel Gonzalez on July 1. with whom Carles Alena from "Barcelona" (5 million), Sandro Ramirez from "Huesca" (1 million) and Stefan Mitrovic from "Strasbourg" (1 million) moved to the capital team. Poveda team's are in the infirmary.

Both teams failed last season, while managing to stay afloat in La Liga. "Getafe" have strengthened their squad and, with a new mentor, dreams of repeating the result of two years ago. "Valencia" retained almost the entire team of last year, which could be decisive in the opening match.

We are looking forward to the success of the hosts. In our opinion, the "Bats" will prevail due to the motivation and advantages of an experienced and well-trained team.