Vancouver vs. Ottawa: What are the chances of winning for “Canucks”? 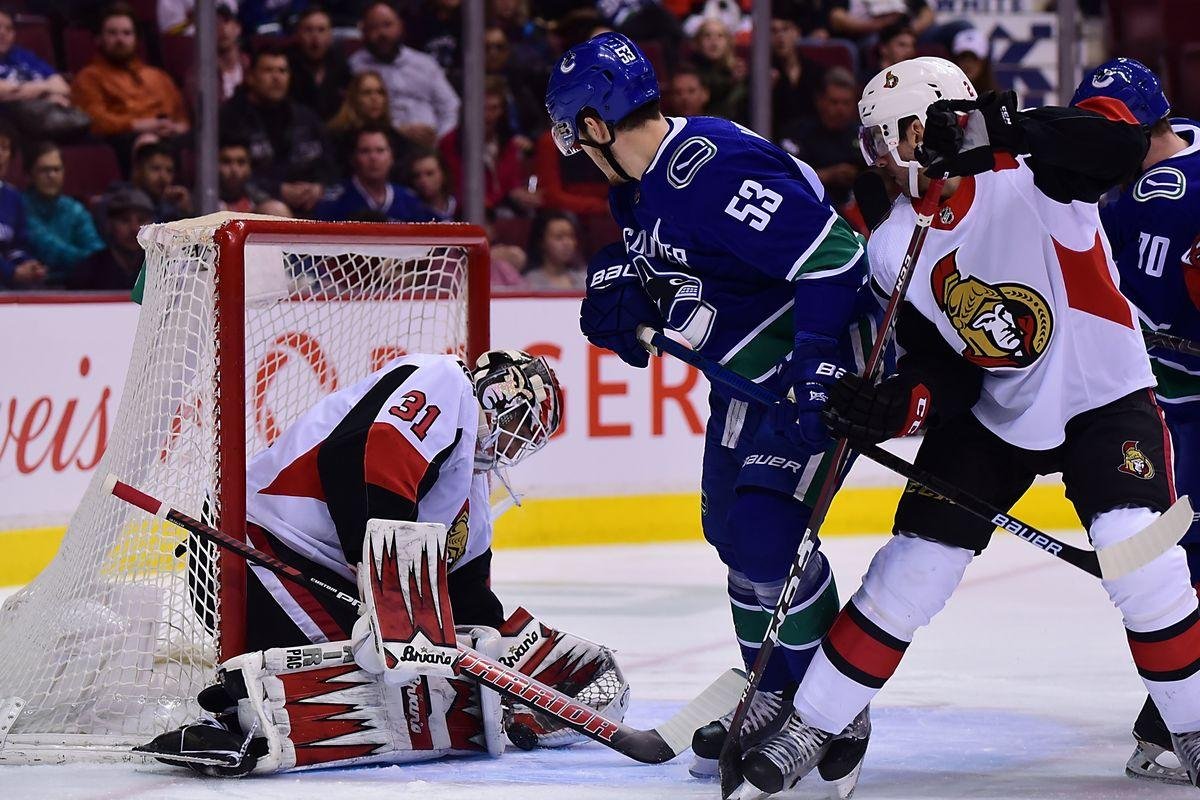 On January 28, "Vancouver" will host "Ottawa" on its ice and will try to defeat the opponent again. We will analyze this match and try to give an accurate prediction.

"Vancouver" started the new season with a streak of away matches, where it could make only one victory over "Edmonton" (5:3). Goalkeeper Holtby performed well, reflecting more than 90% of the shots. It is also worth noting striker Boeser’s efforts, who scored a double.

After returning home, the "Canucks" could win their second victory this year over "Montreal" (6:5). However, after that in two return matches, the "Nucks" could not beat the "Canadiens" (3:7 and 2:5). Once again, the defense of the team, which suffers greatly, failed. The last match was owned by the Canadians, they managed to smash "Ottawa" (7:1).

In the first match of the season "Ottawa" was able to defeat Toronto (5:3) thanks to striker Tkachuk’s efforts. After that, the team was unable to win in any other match. At the home arena, the "Senators" failed in the return match against the "Maple Leafs" and lost twice to "Winnipeg" (3:4 OT and 1:4).

The "Senators" cannot be proud of a successful away match for a long time. The same is happening this season, where "Ottawa" lost twice on the ice to the opponents “Winnipeg” (6:3) and "Vancouver” (7:1). The defense has ceased to stop the opponent's attack since it simply cannot keep up with the opponent's attackers.

"Ottawa" plays too poorly at away matches, so it makes no sense to bet on its victory. It is also worth considering that "Vancouver" simply did not feel any resistance in the last match with the "Senators". So the "Canucks" are quite capable of winning the return match for the second time, especially at home.

Our prediction is that "Vancouver" will win with 1.69 odds on 1xbet.