Vancouver vs Winnipeg: Are the "Canucks" Revenge Chances? "Vancouver" will host "Winnipeg" in the return leg on February 22. You will find out who will be stronger in our forecast.

"Vancouver" has continued to decline, due to which the team lost in a row in six games. After they managed to interrupt the losing streak by defeating "Calgary" (3:1), the "Canucks" continued to lose points again. In the match against "Winnipeg", the "Canucks" showed a good game but failed in the realization of chances in the attack, which is why they failed to score a single goal.

Thus, "Whales" played the most matches in the Northern Division and occupy only the penultimate line in the table. Such a terrible result is due to the fact that the team has great difficulty coping with the opponent's pressure, which is why, on average, they concede more than three goals per game. 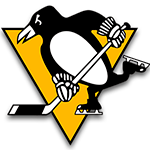 "Winnipeg" looks much more confident this year than its opponent. The team played only 17 matches in which they managed to earn 21 points. The main advantage of the "Jets" is their stability, as the club suffered two defeats in a row during the season. True, there were practically no winning streaks.

The "Fighters" continue to alternate between victories and defeats, the team exchanged victories with "Ottawa" and "Edmonton" in five games, and also managed to defeat "Vancouver" with a score of 2:0. The goalkeeper Brossois played his best side, reflecting all 29 shots, thus making the "Cracker".

"Vancouver" has not yet recovered from a serious recession and continues to show not the best game. Although the "Canucks" managed to give a fight to "Winnipeg", this does not mean that they will also succeed in the second fight. Moreover, it is worth considering that "Whales" could not even score. So in this match, it is better to give preference to the "Jets" again.