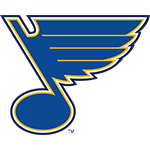 On March 23, "Vegas" will try to continue their victorious march, defeating "St. Louis", and we have prepared a prediction for this meeting. Do the "Blues" have a chance?

"Vegas" ended their winning streak, which reached five matches, losing to "Los Angeles" in the return leg (1:3). The "Golden Knights" played well but were unable to break through the defense of the "Kings". In the first meeting with the "Kings", "Golden Knights" did not have such difficulties; they managed to prevail with a score of 4:2 without any problems.

"St. Louis" finally managed to end their five-game losing streak by defeating "San Jose" (2:1). Goaltender Jordan Binnington’s good performance is definitely worth noting, as he reflected 96% of the shots. In the return match with the "Sharks", the team was able to consolidate the result, smashing the opponent with a score of 5:2. The two strikers Perron and O'Reilly made three assists each and scored goals.

Recall that the "Blues" show themselves much better playing on the road; already in nine consecutive games, the team earns points, having lost only in three of them. "Blues" are close to regaining the third position in the standings, only one point is missing.

"St. Louis" is quite capable of fighting to "Vegas", as the team is in good shape, and throughout the season shows excellent results on the road. Even if the "Blues" lose, it is only in overtime or a shootout. So it is dangerous to bet on the victory of "Blues" in the main time, it is better to make a choice in favor of the fact that "St. Louis" will not lose.

Both "Vegas" and "St. Louis" are famous for their effectiveness as these teams are not used to playing defensively. These two also score a large number of goals playing against each other.