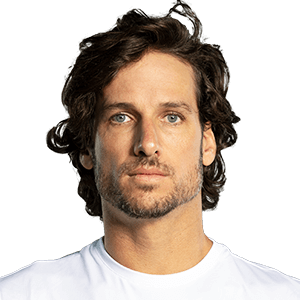 A duel will take place between Fernando Verdasco and Feliciano Lopez at the tournament in Orleans on September 29. How will the meeting of veterans end? - read our forecast.

Verdasco missed the start of the season, and after his return, he never managed to really fit into the rhythm of the game. A string of defeats sent the veteran beyond the top 100 in the world rankings. Now Nando is ranked 145th, so lately he has been paying more and more attention to challengers.

But even at such tournaments, not of the highest level, Fernando cannot boast of good results. For example, he only reached the quarterfinals in Mallorca, where he was defeated by Tobias Kamke (3-6, 1-6). But last week, the 37-year-old tennis player lost to Miomir Kecmanovic (4-6, 2-6) in Nur-Sultan.

Lopez is two years older than Verdasco. But this does not prevent Feliciano from showing more attractive results. The Spaniard also dropped out of the top hundred in the ATP ranking, but so far not everything is so hopeless. It is currently ranked 108th.

Unlike Verdasco, Lopez performs more in the most prestigious competitions. True, it is not very easy for him to play on equal terms with younger opponents. Because of this, Feliciano did not win for more than a month, when he beat Maxim Cressy in qualifying for Toronto. After that, he lost to Nishioka, Harris, Puye and Zapata.

Verdasco is two years younger than Lopez, so you should probably give preference to him. In addition, Feliciano has not beaten Nando since 2017. Now both opponents are not impressive with their performance, but the younger Fernando has a better chance of winning. Still, in terms of physical condition, he will have some advantage.

Our prediction is the victory of Fernando Verdasco with the odds of 1.84 on 1xbet.