Zalgiris vs. Crvena Zvezda: Prediction for the Euroleague match (February 23, 2021) 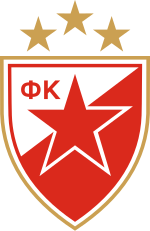 On February 23, "Zalgiris" will play with "Crvena Zvezda". We would like to bring to your attention our experts' prediction for the Euroleague match.

In the last two rounds, "Zalgiris" met with Spanish clubs and added a couple of defeats to their statistics. At the end of January, "Baskonia" beat "Zalgiris" with a score of 81:68. In mid-February, "Barcelona" smashed the "greens" on the court with an 86:62 result.

The duel between the current and former teams of Sarunas Jasikevicius was held in an equal fight in the first and last quarters (24:24 and 15:15). In the middle of the match, the Catalans' advantage was unconditional (47:23). The Baltic basketball giant dropped out of the playoffs and took the ninth position.

After a sensational victory in Madrid, "Crvena Zvezda” suffered four defeats in a row. In the last round, the Serbs hosted "Zenit" and lost by just one point difference (75:76). Our prediction for "W2 < total goals" was successful.

Petersburgers moved ahead decently before the big break (48:36). In the second half, the Belgrade team reduced the gap to a minimum (39:28). Jordan Loyd scored 21 points and became the best among Dejan Radonjić's players. The guests are settled in the penultimate position of the standings.

"Zalgiris" continue to fight for participation in the playoff round. "Crvena Zvezda" is finishing the season. Three factors speak in favor of Lithuanians’ victory: class, home field factor, and tournament motivation. Serbs play the most ineffective basketball. We think that this feature of the guests will be reflected in the overall performance. We will combine the home win with the low total.