Zenit vs Khimki: No problem for the favorite? 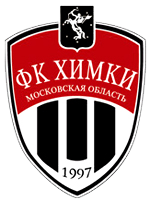 "Zenit" won the last eight matches against "Khimki", but will the tradition continue on April 5? - the answer is in the forecast. How will the match turn out?

"Zenit" made several important mistakes in the first round of the championship, due to which they had to catch up with "Spartak" in the table for some time, but the situation was changed. Sergei Semak's team broke into the first line and currently has an advantage of four points over the second "Spartak", the third "Lokomotiv" is five points behind.

The first matches after the winter break were given to the champion of Russia with great difficulty - "Zenit" left the Russian Cup, losing to "Arsenal" (1:2), and in the confrontation with "Rostov" (2:2) and "Rubin" (1:2) took only one point. However, during the crisis, the "Blue-white-blue" did not fail and won the last two meetings - "CSKA" (3:2) and "Akhmat" (4:0) became victims.

Thus, "Zenit" justifies its status as the main contender for the title, but four points of advantage over "Spartak" do not leave any guarantees, and "Lokomotiv", which has gained momentum, shows that it is quite capable of joining the championship race.

"Khimki" failed to start the season, but the management decided to change the head coach in time, the decision, as time has shown, became fateful. At the moment, Igor Cherevchenko's team is on the ninth line in the table with 35 points, ahead of the "Rotor" going in the zone of transitional matches by 17 points - such a handicap allows us to look to the future with optimism.

Contrary to all forecasts, the "Red-blacks" continue to steadily take points and create sensations. "Khimki" dealt away without any problems with the strong "Rubin" in the last round, having won a 3:1 victory in Kazan. Thus, it was possible to extend the streak without defeats in the championship to 10 matches - thanks to a successful streak, the Moscow Region club practically resolved the issue of maintaining its registration in the Premier League.

"Zenit" added in the last matches in attack, Artem Dzyuba showed himself excellently in the national team, the hosts will focus on the attack, they are unlikely to have problems with goals. At the same time, "Khimki" play excellently on counterattacks and may well score a goal of prestige.